The next Lewis Hamilton? 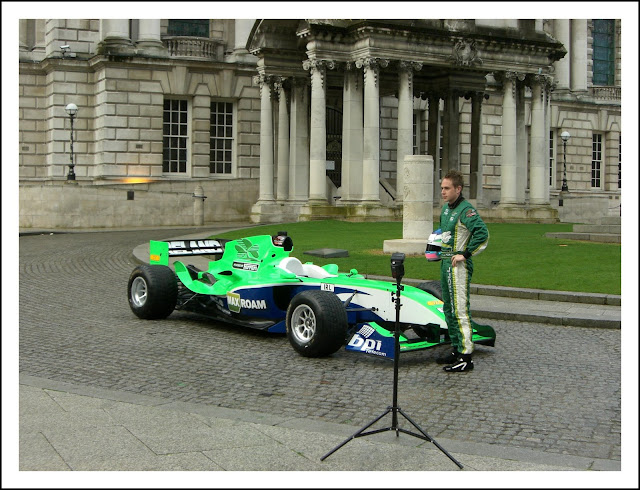 Once again Belfast's City Hall was the scene of an early morning photo-shoot but not with scantily clad models this time. Object of the photographer's attention was none other than Portadown's rising racing star - Adam Carroll, who some are saying is destined to become the next Lewis Hamilton. Given Hamilton's recent performances I hope Adam does better than that. Apparently there may be an announcement made shortly about Adam's entry into the F1 arena - I, for one, can't wait to see him competing against Hamilton etc. and wish him the very best of luck. 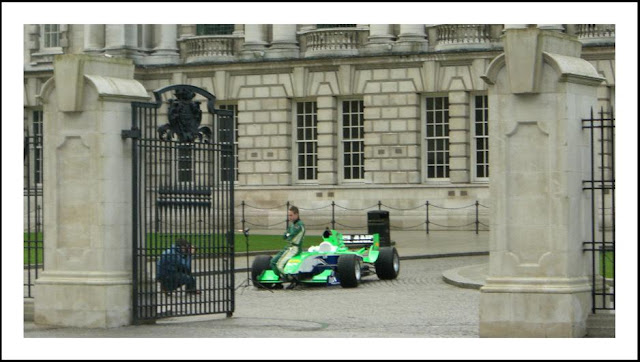 Manipe F1 reports the following .....
Ulsterman Adam Carroll is in talks with several F1 teams about a possible race seat for 2010, Irish national broadcaster RTÉ is reporting tonight. Carroll's exploits in A1GP, where he is currently battling for the championship with Team Ireland, have not gone unnoticed, having previously conducted many test miles for the Honda F1 Team as part of their young driver programme.

Although no team names were mentioned, RTÉ says that the Portadown man is in discussions about an F1 foray, although he is also eyeing Indycar as a future option. Many drivers on the F1 grid have their contracts up for renewal at the end of the current season, with under-pressure drivers such as Sébastien Bourdais, Nelson Piquet, Giancarlo Fisichella, Nick Heidfeld and Kazuki Nakajima all at the end of their current deals. Also a possibility for Carroll on the F1 grid are the many new teams expected to debut next year, with as many as three new teams rumoured, offering an extra six seats.

... and, for those of you who are interested, you can see more pictures of the car here: (and a couple of scantily clad models).
at 7:09 pm